Salad Days: The Garden in June 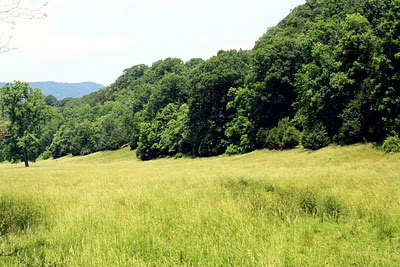 June is the green month. The sharp spring hues of chartreuse and lime mellow into their summer fullness, adding depth and dimension to field and forest. In June green overwhelms all. The roadside thickets swell with elderberry, wineberry, and honeysuckle, puffing and billowing like smoke. Fields of fescues and wildrye crown themselves with wispy inflorescences, catching and holding the afternoon sun.
For the gardener, the green of June is difficult to combat. The gaudy late tulips and peonies of May have gone, and gardeners are left to counter the green onslaught with only daylilies or astilbes.  These bits of color are short lived, however. One would be better to try annuals, but even placing these vigorous bloomers in a garden is like throwing pebbles in a well. The green is ubiquitous and absolute.
And why shouldn’t the green rule in June? For plants, June is the peak of the year. The horticultural year climaxes in the summer solstice. The long days and warm temperatures allow plants to ripen to their perfect potency. Just after the solstice, many plants start their preparations for winter, triggered by the shortening days to store energy in bulbs and tubers. While the rest of us blithely eat ice cream and watch fireworks, our green brothers and sisters are already preparing for the end.

This is perhaps why June makes me contemplate my own ending. If I could script my final act, what better way to expire than in a garden in June? There are so many good endings. Perhaps I would be reaching for a mulberry atop a ladder, after picking clean all the lower branches. Why is it that the branch just above your reach is always the most laden with fruit? They would find me tossed in the tall grass with purple-stained lips and fingertips. Or perhaps I could go at the hands of one of the highly poisonous horticultural oddities I decided to grow in the desperation of winter. I would be hunched over in the cutting garden with Felco pruners in one hand, and the thorny stem of Jimsonweed (Datura stramonium) in the other.  [Mulberry Image on left from fruitcity.co.uk]

But these endings are enjoyable to me because they avoid a long demise of old age. The demise is inevitable, of course, and I suppose that a June garden is still the best setting for that as well. In this case, the thought that gives me comfort is not so much being in the garden when I decline, but actively cutting, potting, and digging. The act of gardening is the most human engagement I know, and I want to feel most fully like myself during the years that I lose myself. The green onslaught of June will ultimately come and erase any evidence of my garden, but my great hope is that I will be there at the end with trowel in hand to resist it.