The Urban Wilderness: The Poetics of Industrial Ruins and Untamed Nature 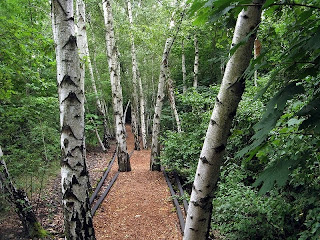 Parks in America are the latest casualty to interest-group politics. The park designer must not only satisfy its municipal client, but must carefully redistrict the space to meet the demands of citizen advocates: the dog park people, the kiddie playground mommies, the bikers, the rollerbladers, the garden clubs, and the birders. Like a diplomat in the Balkans, the designer’s role is to gerrymander a site, parceling off piece by piece to the urban consumers. Parks today have more in common with theme parks—a ride for every user—than their pastoral predecessors.

The Schoneberger Sudgelande Nature Park is the perfect antidote to interest-group parks. Located just south of Berlin, Sudgelande is the site of a former railway switchyard. Abandoned after World War II, the site sat fallow for the past fifty years. During that time, a richly-diverse grassland and forest crept over the site, covering the industrial site in a green patina. 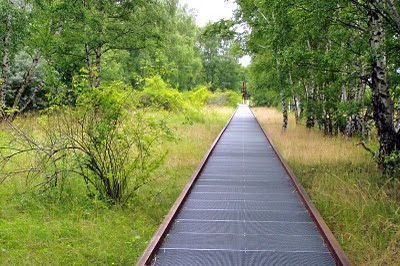 Thanks to the foresight of a local citizens group with the financial backing of an environmental alliance, this wild space was preserved and turned into a park. The former repair shop for locomotives was turned into a hall for artists and performers. The tangle of rail tracks move through forest and meadow, hinting at a structure that is dissolved by the wildness. 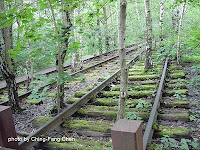 The park’s dystopian beauty engages the imagination in a way that most “designed” spaces fail to do. The ruins of the industry and technology are a profound expression of transitoriness, an intimation of mortality that is at once haunting and uplifting. Like Wordsworth at Tintern Abbey, the ruins of Sudgelande present the visitor with an ontological gap that stimulate the imagination rather than constrain it.

I love this park precisely because I believe in mystery. The way a rail track appears in a forest only to disappear into the brambles. Or how a tower emerges out of the canopy only to be eclipsed in vegetation. Mystery speaks to our souls before our intellect comprehends. Mystery has the power to radically de-center us, to pull us out of ourselves and ground us in a deeper reality.

My good friend, mentor, and visionary landscape architect, Ching-Fang Chen, first brought my attention to this park after she visited it in 2007. Fortunately for those of us in the Washington, D.C. area, Ching-Fang now works with Montgomery County (M-NCPPC) and is promoting sustainable park development based on the concept of managed succession and spontaneous vegetation.

Sudgelande offers a model for the future: a park that allows the layers of history to coexist with the spontaneous movement of nature. At the intersection of culture and wilderness, we behold mystery. 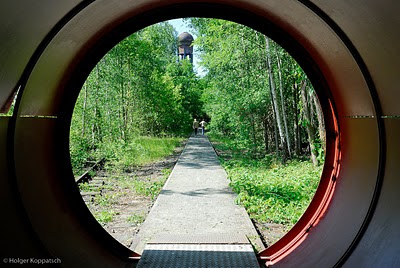 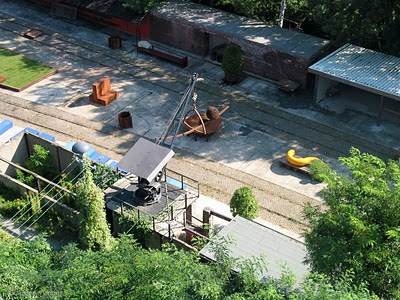 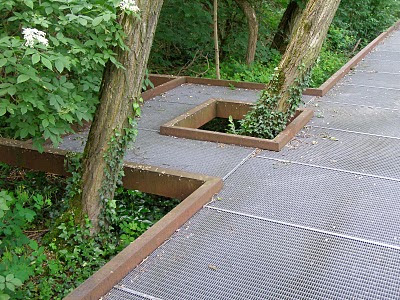